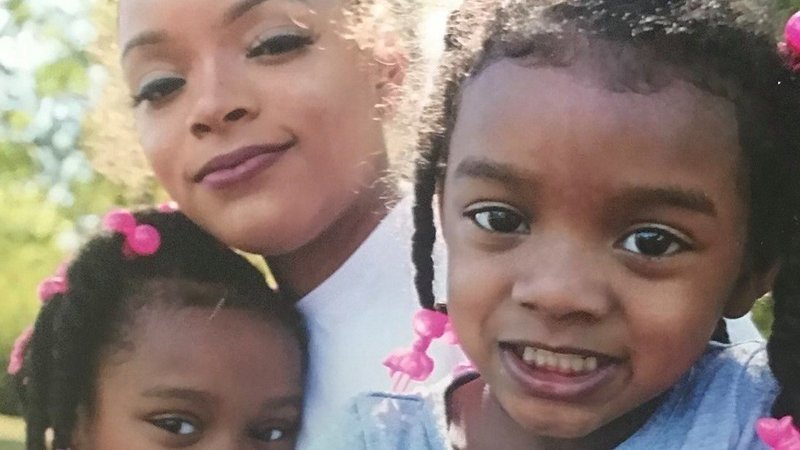 Innocent Appeal. Cordelia Bumpass started this petition to Governor Bill Lee and 6 others

On October 3, 2019, tens years later Angel Bumpass was found guilty of a murder that was committed in 2009, by a jury after only 4 hours and 30 minutes approximately of deliberation.
BACKGROUND INFORMATION

On January 16,2009 Angel Bumpass was eighth grade star roll student at Brown Middle School. That morning Angel rode the bus from her grandmother’s house to school. It was a normal day for Angel, nothing out of the ordinary or spectator happened for her. She rode the bus to arrive home at 2:30 pm….Nine years later on June 14, 2018, she was a 23 year old mother of two, in her second year of school enrolled at Jefferson Community and Technical College. She accepted to the nursing program to begin the program in August 2018. While also working a full time job. Around 6 that morning two detectives came to her door, shockingly, with a warrant for a felony murder to be served to Angel from May 2018. A murder that she had no knowledge of.

No one payed attention to the fact that when Angel was 13, that was only 5”0,  and weighted a mere 80 pounds. The evidence against Angel was two partial fingerprints that supposedly came from tape that was used to tie the victim up. The tape in question also had nine other fingerprints that are unknown and were not investigated. A hair was later found on the duct tape 10 years. The hair was never tested. Angel lawyers never got the original duct tape to lift their on prints. The lawyers stated that the duct tape after ten years was no longer available as it had been cut and balled up, yet a picture of the tape and fingerprints were allowed as evidence.

The original detective Carl Fields was fire for planting evidence in another case. This was never mention at trial.

Angel’s lawyers, Andrea Hayduk and Garth Best, failed to present any type of mitigating circumstances, character witnesses to construct a picture as to who Angel was at that point in her life. To show that she was not culpable of anything of that natural.

Angel’s lawyers, Andrea Hayduk and Garth Best, were highly disillusioned in the picture they painted leading Angel to believe she had no worries. It was all a mistake that would be sorted out, they told her.

That sort never happened and on October 3, 2019 Angel was found guilty due to her lawyers not taking her case seriously. The damage they inflicted is at the expense of her life.

JUSTICE NEEDS TO BE HEARD AND SERVED!

Angels attorney’s Andrea Hayduk and Garth Best, violated her constitutional rights when they failed to put any investigation effort into her defense.
Any defense counsel has a duty to independently investigate the facts, circumstances, and law in every case they handle in order to be effective.
Duty to investigate includes obligation to investigation all witnesses who may have information concerning his or her client’s guilt or innocence.
Due to Angel’s defense attorney decision not to investigate or present a defense resulted in a inadequate performance that was unreasonable.
Angel’s lawyer lack of investigation and misrepresentation deprived defendant of a fair trial.

Now A Wrong Need To Be Corrected.

Angel had a male co-defendant that was 13 years older than her that was found not guilty. Even though he had witnesses that testified to him confessing to solely committing the murder of the victim.

People have doubt when it comes to Angel’s innocent. After all the police do have evidence against Angel. The evidence they have is two finger prints. Well for one moment lets say the police DID NOT have any evidence. Would you still have doubt?

Fingerprints: No two people have the same finger prints according to ”experts”.
Well lets dive deeper in to finger prints.
FIRST, you have more than 150 ridges( lines and loops on the fingerprint)
Second, Tennessee just has to match 12 of those ridges to say there are your fingerprints. TWELVE out of HUNDRED AND FIFTY.
Third, a computer send 100 of potential matches. Then
these “experts” who is state motivated do the final match.

Here is my thing when it comes to matching fingerprints if nobody have similar fingerprints. How can the computer send HUNDREDS of POTENTIAL matches to the “expert”. Then you have the fact that only TWELVE ridges has to match. So what if the “expert only match ELEVEN ridges would she had been a person of interest? What if two people match would they have had to match more ridges than?

So now you ask me why didn’t Angel have a fingerprint expert. Well she did. The state experts only send Angel’s experts pictures of the TWELVE ridges that was found on the duct tape and a picture of Angel TWELVE ridges. This Fact was was only brought to Angel’s attention on the SECOND DAY OF TRIAL.

March 27,2020 Angel has a motion for new trial. We need to make sure the new trial is granted and this time the trial is fair.