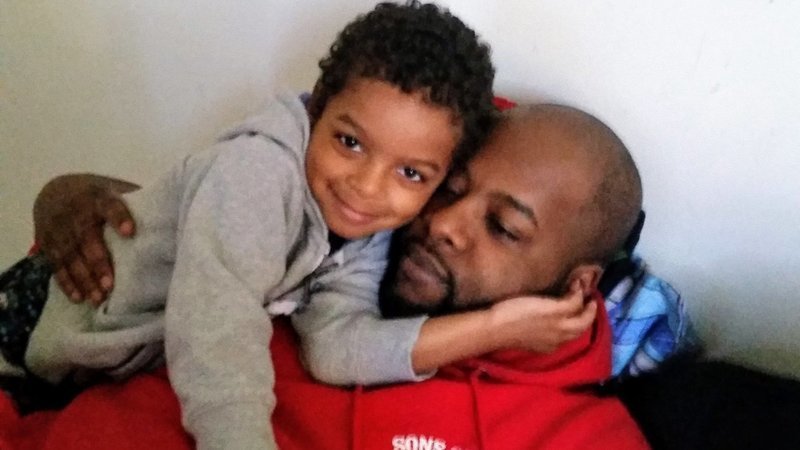 Donnell Murray is many things; a young Hispanic/Black man, a proud father, and a loving husband. Donnell comes from a good faith-based family of hardworking, successful entrepreneurs – including his influential cousin, Dapper Dan, a legendary Black High Fashion Designer to the Hip Hop world. Donnell is also a talented entrepreneur, and a vocal community advocate for the reform of the criminal justice system. He is now a victim of this same racist system and is currently serving a two decade sentence for crimes he didn’t commit.

For years, Donnell Murray was harassed by officers from the NYPD’s 47th precinct in a calculated campaign of discrimination. Since his youth, these same officers subjected Donnell to incessant stop and frisks, and countless attempts to wrongfully incriminate him. During a time where the NYPD was stopping and frisking virtually any young Black man in NYC, Donnell was a recurring target.

At one point, Donnell was accosted in his own vehicle, where police officers attempted to plant a gun on him during an unlawful exchange based on false allegations.  Those charges were later dismissed due to lack of credible evidence presented by the officers. However, it didn’t stop there. The NYPD continued to systematically monitor and harass Donnell,  claiming he was a “gang member” participating in illegal activity based solely on loose “associations” with people he’d grown up with.

After years of stops and false arrests, Donnell was indicted in a federal gang conspiracy case in January of 2017. He turned himself in voluntarily, fully confident that his innocence would clear him. However, Donnell was instead jailed without the possibility to post bail, at the government’s request. The case was initially brought under former US Attorney Preet Bharara and prosecuted under the RICO Act, which was designed to take down the Mafia.

Donnell spent more than two years in federal custody, where he was kept in inhumane conditions, waiting for his day in court. Last year, Donnell went to trial along with two co-defendants. Despite a lack of physical evidence tying him to the charges he was accused of, Donnell was convicted by a panel of jurors not of his peers. His convictions included an assault charge in aid of “racketeering” for a 2012 shooting – an incident where there was no physical evidence tying him to the scene and coa

The federal judge, Paul Gardephe, however, handed down an unusually harsh sentence of almost 20 years in prison. Donnell, husband and father to an 8-year old son, didn’t have any prior violent criminal convictions.

Donnell was labelled a gang member, despite any evidence to suggest this was true. As is the nature of the current criminal justice system, when a Black person is labeled as a violent gang member they are automatically labeled as guilty. Due process is cast aside, and the presumption of innocence is overtaken by an obligation to maintain high conviction rates against these allegedly “violent criminals”.

For Black people facing these charges, their cases become open and shut, without any ability to prove their innocence, and without any acknowledgement of their true character. A lot of times, we simply don’t receive the benefit of the doubt like our white counterparts–we’re already presumed guilty. Oftentimes people buy into these “criminal” stereotypes of young Black and Latinx people in urban communities as low-lifers and thugs.

As more and more Americans open their eyes to the racial bias that drives mass incarceration, new instances of injustice are becoming visible. Donnell Murray’s case is one example. Help Donnell get home to raise his son,who misses his dad so much and deserves to grow up with his father.

Join us in demanding Justice for Donnell Murray.

By signing and sharing the petition below, you are  helping to bring awareness to the unfair judicial process Donnell was subjected to, and can help his family in reversing his wrongful conviction and setting him free.