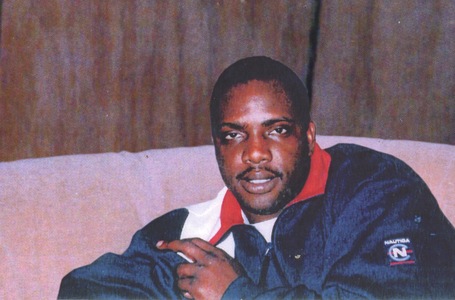 In January, 1994 23 year old DeWayne Ewing and a girlfriend discarded a condom as they left a park in the Oakland hills. A rape took place in the same park a few days later, and 3 days after the rape, police found the condom under a bush and put it with the rape kit. Thirteen years later in June, 2007, police pulled DeWayne over for an illegal turn, and arrested him for rape on a cold hit DNA match. He’s been imprisoned all but 11 months since. Yes the condom is his, but there is NO EVIDENCE OF ANY KIND THAT LINKS THE CONDOM TO THE RAPE.

*The victim couple could not identify him in a police lineup.
*His description does not match the police bulletin dispatched after the crime.
*There is none of his DNA, hair, fingerprints etc. in the car where the rape took place.
*There is none of his DNA on the victim’s vaginal swab or matted pubic hair in the rape kit.
*The victim’s DNA is not on the found condom.
*To get an arrest warrant, the DA’s office lied and told the judge the condom was found in the car where the rape took place, instead of under a bush several days later.
*The victim’s story remained consistent from night of the assault through her grand jury testimony – no condom was used. She was positive, because she had asked the rapists to use condoms and neither did. (DeWayne was charged with his cousin, who also maintains his innocence.) In his closing argument, the DA said that although the victim testified no condom was used, she was mistaken. He got an indictment.

After spending more than four years in Santa Rita County Jail without trial, DeWayne, refusing a plea deal and demanding a jury trial, finally won a court date. After preliminary hearings on the morning of July 11, 2011, Judge Joseph Hurley, a former prosecutor and Alameda County chairman of the Republican Party, ordered the courtroom locked during the lunch break. DeWayne’s attorney, who said he would “vigorously defend DeWayne,” with an “expert DNA witness prepared to testify,” told DeWayne he would not defend him after all. Judge Hurley threatened DeWayne with 4 life sentences if he insisted on a trial and lost. Frightened and intimidated, DeWayne accepted a 25 year deal.

From prison, he filed a writ of habeas corpus on the grounds of Ineffective Assistance of Counsel. The writ was denied in state courts, then denied in federal district court not on merit of the case, but because he did not file it in the one year time limit mandated by the Antiterrorism and Effective Death Penalty Act of 1996.

In his Statement of Facts: The Story of a Found Condom, DeWayne writes, “This whole experience was new for me, my family and my wife. I did not realize that justice is not for all – especially me, an innocent man trapped in the California penal system. I am not a criminal. Now I truly realize the very shameful and illegal misconduct of both attorney William DuBois and Judge Joseph Hurley against me and my family. I did not take this deal intelligently. I wanted to face my accusers – for them to say to my face that I did this horrible act against them, which they never said I did. The very officials of the court that should protect me from injustice violated my every right as an American citizen. This is a complete travesty of what the judicial system was meant to protect against.”

Please demand that District Attorney O’Malley reopen DeWayne’s case and free him from this prison nightmare.