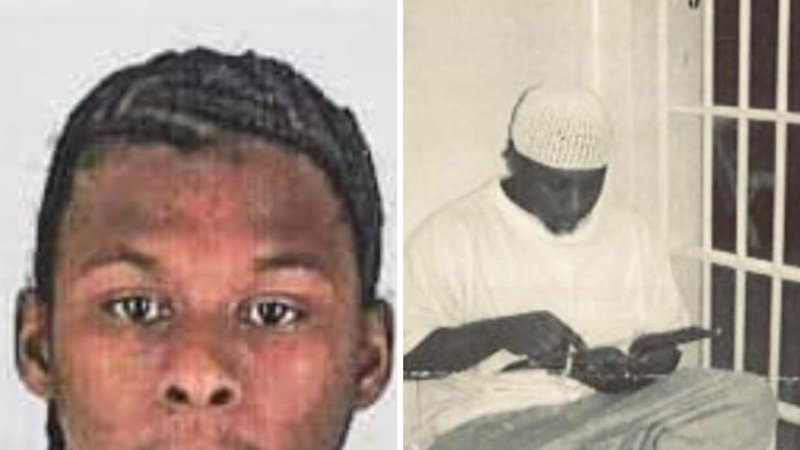 Innocent Appeal. Ianna Burrell started this petition to Mike freeman and 13 others

Myon DeMarlo Burrell has been incarcerated for nearly the past 17 years for a crime he did not commit nor have any involvement in! He has been serving a life sentence, enslaved to the Department of Corruptions for a crime that he is 100% innocent of.

The Minnesota investigators and prosecutors, in his case, chose to make an example out of Myon and wrongfully prosecuted him in 2002 for the murder of Tyesha Edwards.

At the time, he was unaware of the severity of his situation and wholeheartedly believed the police had made a mistake and once they realized they had the wrong person, he would be released to be reunited with his family. That would be forever changed! Little did he know, that cool November afternoon would be the last time he would be a free human being. Life as he knew, had come to a screeching halt and he had been forced to become a number, a slave, a statistic!

Unbeknown to him, he was already being framed and his face was plastered all over the news and the front page of all the papers, as being a gang banging monster that needed to serve the rest of his natural life imprisoned. At that time Myon was not in any database as being involved in any gangs. He was never arrested with any gang members. He had no record of violence. Myon had only had a 5th-degree possession of a controlled substance and a curfew charge on his background.

The whole process was questionable from the beginning. He never stood a chance at receiving a fair trial. He was tried by the media before he ever stepped foot in a courtroom. His name was incorrectly spelled in the court system and throughout the media as Myron Burrell when his correct name is MYON. The district attorney, Amy Klobuchar, lied about his age. They never certified him as an adult. Hennepin County Jail has his date of birth as 3/31/1985. He was born in 1986. They made it seem as though he was 17 years old and charged him as an adult without certifying him. They sent him straight to Hennepin County Jail and placed him in solitary confinement where he would spend the next several months. Once convicted he was sent to the Minnesota Department of Corrections – St. Cloud. They housed him with the adults. What a scary thing to have to go through as a teenager.

No on-looking witnesses at the scene of the crime identified him as being one of the men they saw that fatal day. They have no physical evidence linking him to this crime. The car the co-defendants drove to the crime was found and dusted for prints. They said they didn’t find Myon prints in the car, but they never said whose prints were found. The gun was never recovered. There were two coats found in the trunk of the car, they discover the coats belonged to the co-defendants Isaiah Tyson and Hans Williams. One of the coats which were identified and described to the police by onlookers as the one Isaiah wore. No one has ever said anything about them being tested for gunshot residual. I say that to say that Myon has been locked up for being the shooter but the Minneapolis police department discovered Isaiah wore the coat they found in the trunk of the car which was stated the shooter wore. Facts show that there was only one shooter.

After his first trial, a member of the jury contacted WCCO news and radio station to say he and a few other jury members were pressured into coming back with a guilty verdict. He also said, he believed Minneapolis Police Department lied about the height of the wall/railing the person was shooting over. He didn’t believe Myon was tall enough to be shooting over the wall/railing. His lawyer put in a motion for a mistrial. However, it was denied. I urge you to join us in asking Judge Charles Porter, Senator Amy Klobuchar, District Attorney Mike Freeman, Governor Tim Walz, and Minnesota Attorney General Keith Ellison to take into account the undeniable facts of Myon’s case, and provide justice for Myon DeMarlo Burrell once and for all.

Amy Klobuchar has used this case as a victory in her Senate campaign and is now using it in her presidential campaign. As the district attorney/head prosecutor of Hennepin County, she had previously been under fire by the community of color in her district for the injustice and racist actions of the Minneapolis Police Department. She relied on grand juries to charge cops — seen today as avoiding accountability — and avoid getting between police and diverse communities during a violent time in Minneapolis. This was widely criticized for its secrecy and for mostly allowing the police version of events to be the narrative. In response to the mounting pressure, she vowed to cause a change in these communities by “giving harsh sentences to juveniles and locking up the gangsters that are killing their kids.”

Needless to say, He had just become a political pawn in her campaign to take the negative attention that she had been receiving for her racial, bias ways and her failure to address the terrible police brutality that was taking place on her watch. She set out to give the heartbroken people of Minneapolis a monster they could direct their frustrations and anger towards.

Amy’s office did not do their due diligence in investigating this crime. They discredited any witnesses for the defense if they had any type of blemish on their record. She took full credit for this case and used it as a victory for her senate campaign. When she took the senate office, Mike Freeman took her place as district attorney and picked up where she left off in the railroading. He appointed a special gang prosecutor that flooded the second trial with several questionable characters (jailhouse informants), with extensive criminal records, claiming Myon confessed to committing this crime while he was housed amongst them in the Hennepin County Jail and Minnesota Department of Corrections.

Freeman has been known to contort forensic evidence to defend rather than prosecute. In another instance, Freeman’s office used lack of any fingerprints to actually argue strongly that the DNA transfer was incidental or indirect. It has been cited previously in the news that Freeman disregarded the testimony of more than 20 black witnesses in a police-involved shooting of a young black man. In the past, he has also been known to rely on the testimony of a single witness who had something to gain if they lied.

I urge you to join us in asking Judge Charles Porter, Senator Amy Klobuchar, District Attorney Mike Freeman, Governor Tim Walz, and anyone else that may have the ability to make decisions and take into account the undeniable facts of Myon’s case, and provide justice for Myon DeMarlo Burrell once and for all.

We have new evidence to support his innocence that includes witnesses and an alibi for Myon that place him elsewhere when this crime occurred.  THEY NEVER TOOK THE TIME OUT TO LOOK INTO ANYONE ELSE AS A POSSIBLE SUSPECT although they had leads to other individuals that fit the crime and demographics. When given additional names and being questioned about additional suspects, Sergeant Rick Zimmerman stated: “This is a search for justice and truth, not about throwing out names to try muddy up something”.  There are countless times when Myon’s human and civil rights were ignored and violated. We’re fighting to make sure his case gets the attention to the prosecutorial misconduct that we believe resulted in Myon being wrongfully convicted and committed to the Minnesota Department of Corrections for natural life with the possibility of parole after 46 years. Will you stand with us and support Myon be FULLY exonerated for the heinous crime that he did not commit. Please sign Myon’s petition to demand the state of Minnesota to fully exonerate him of all charges against him!

For more information, please click the link below to find his full story and supporting evidence of his innocence.