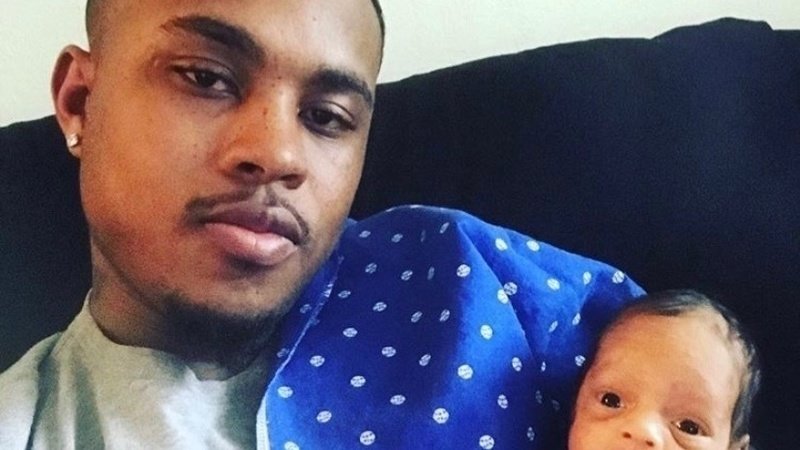 It’s sad that when you take your child to the hospital the first thing doctors think is someone harmed the child.

On June 8, 2019, Tristan stopped breathing in the arms of his father Michael Glaspie. The parents, Michael and Brianna arrived to Henry Ford Allegiance Health where CPR was performed on him for almost two hours with no success. From there Tristan was put on life support and sent down for a CT Scan. Results came back stating there were rib fractures and a subdural hematoma.

A Subdural Hematoma is a collection of blood between the covering of the brain (dura) and the surface of the brain. It can be caused by trauma, minor or severe, and can also occur spontaneously, without any cause.

Later that evening, Tristan was air flighted to Mott’s Children Hospital for more observation. When arrived that is where the story took a turn for the worse.

A doctor stated, “They believe some type of trauma occurred with Tristan. And since he was that young and could not speak for himself that is what they automatically think.”

The parents of Tristan were speechless. Due to fact, they know their child was never harmed in any way, shape, or form. Yet, it was the doctors words against theirs.

Every few hours “new fractures” started to appear on his femur, spine, and behind his ear on the left side of his skull. The professionals never showed the parents a CT Scan or X-Ray. Again it was their word against Michael and Brianna. Immediately, the finger was pointed at Michael Glaspie as the perpetrator.

Tristan was born April 3, 2019, by an emergency cesarean due to his mother suffering from Preeclampsia, a pregnancy complication that lead to serious, and/or fatal, complications to both mother and baby. Tristan was breeched, which means his head was not down in the normal delivery position.

Born premature, only at 3lbs, 2oz, Tristan spent the first month of his life in the Special Care Nursery at Henry Ford Allegiance.

On May 2, 2019, Tristan was discharged to come home. Every week he was seen for a weight check or appointment so if there was anything abnormal on him his doctors would have documented their concerns.

June 6, 2019, two days before Tristan would have stopped breathing. He was seen for his two month checkup. No abnormal findings were documented.

Since June 27, 2019, Michael has been sitting in the Jackson County Jail on the charges of Felony Murder and First Degree Child Abuse. There is no evidence just the testimony of the medical examiner.

The Child Abuse Pediatricians and Medical Examiner from Mott’s Children Hospital has a reputation of wrongfully accusing families leading to the acquittal of charges due to misdiagnosis. Unfortunately, there has not been any type of repercussions against these professionals but there should be.

This is an issue that is worldwide and it needs more attention than it is getting! Procedures need to be put in place before stating, “Non-Accidental Injuries” The human body is a complex creation and as a licensed professional it is their job to run test for chromosomal abnormalities, etc,

This is not about race, level of education, religion beliefs, economic level, etc. Once you’re accused that’s it. Wrong, you can fight back! The motto is innocent until proven guilty not guilty until proven innocent.

Doctors and Officers are suppose to protect and serve us not lie and divide. Individuals have loss jobs, homes, respect among their peers, their voices to speak up, but most of all their children. These individuals in powerful positions need to be held accountable by stripping them of immunity when falsifying diagnosis. As well as being able to grant families the right to have second opinions from other medical experts.

Wrong is Wrong! What these doctors are doing to innocent families are cruel. They go home to their families yet tear others families apart due making an assumption that will cost individuals everything that they stand and work hard for.

Everyone is not harming their child. There are holes and false documentation in the police report and Tristan’s medical records have been tampered with.

Michael does not have a criminal background, has held a consistent five year at Alro Steel, a YMCA coach, attends Oasis of Love Full Gospel Church, but most of all a phenomenal father to his other two boys.

The mother of Tristan has been denied access to the autopsy numerous of times. Her fear is that if the micro slides, photographs and samples from Tristan’s autopsy are not retrieved and examined by another party. Michael Glaspie will be convicted of a crime he did not commit and will not be able to find out what happened to their sweet boy, Tristan.

Please stand with them and fight for a change!