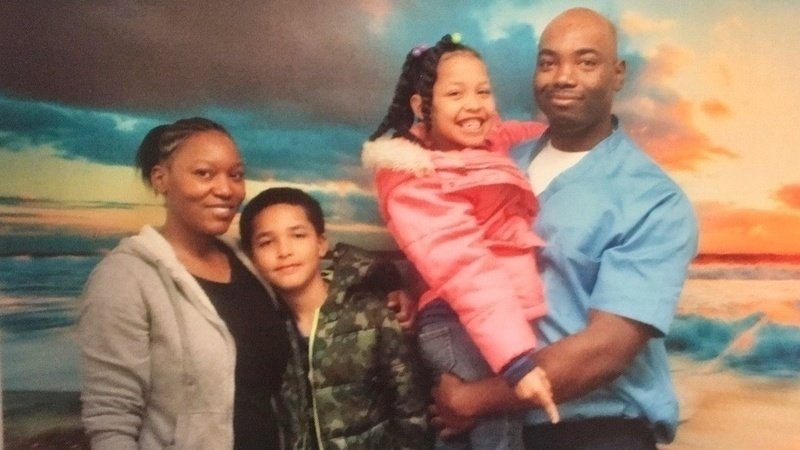 Innocent Appeal. Brenda Bailey started this petition to The Honorable JB Pritzker Governor of Illinois: and 1 other

To The Honorable JB Pritzker Governor of Illinois:

On December 16, 2016,  at the age of 22 years old  Quentin Mactez Bailey of Carbondale, Illinois was wrongfully convicted of muder and sentence to 85 years in prison.

This case was based off the lies of a jailhouse informant (snitch)  Mosezell Jones who testified Quentin  was paid by a man named Tyree Neal to kill Broderick Miller out of revenge  for Miller setting up Neal in a drug bust. Jones, a career felon (and associate of Miller’s) who was locked up at the time contacted a federal prosecutor who referred him to states attorney Mike Carr.  During the trial Jones tesfiy that Bailey and Neal  where locked up together in prison  and Neal “hired” Bailey to kill Miller for working with the police getting Neal locked up .

Another witness for the state, Leonard Bowen, who was facing prison on drug charges at the time (and associate of Miller’s) testified that Bailey was meeting him for a drug deal ( that Bowen and Miller were to purchase drugs from Bailey) and that Bailey did not know Miller would be present also; although Bowen claimed that Bailey robbed and shot Miller. 1 Bowen changed his story to the police several times, 2 Bowen delayed driving Miller to the hospital after he was shot stating he wanted to “dispose” of drugs before taking his “friend” to the hospital, 3 Bowen also testified in court that he got rid of “something” before his residence was searched. *(Bowen and Jones were locked up in county jail together)

Another reluctant witness for the state, Joe Garrison stated in court that he 1. was being forced to/ threaten by the state’s attorney to testify 2. He admits to being under the influence on the stand 3. he said he didn’t know what happen and only testified to what he was told to say 4. He was afraid of Bowen.

Both Bowen and Jones received deals for their testimonies against Bailey.

Then there’s Lyneisha Bowen (sister of Leonard Bowen, girlfriend to Miller).  Lyneshia Bowen’s initial story was she received a call from Miller telling him he was shot and nothing else. This was her consistent story to the police and others for over a year.

On 7/7/16, 11 days before the start of the trial, Lyneshia Bowen changes her story now stating Miller said “babe you got to get to the hospital, this n#%^a just popped me”, she asked who and where, and he told her “this n#%^a Q”

Quentin is now on his post-conviction appeal where the judge has ruled in favor of the first stage and now he’s waiting to begin the second stage.

Illinois has since passed a new law SB1830 about jailhouse informants.  “SB1830 increases transparency and accountability surrounding the use of jailhouse informant witnesses– incarcerated individuals who offer testimony or information on other inmates, typically with the expectation of receiving leniency or other benefits from the State.”  -Innocence Project

The state has to verify a jailhouse informant’s testimony for credibitly before the info is presented in court. This law was not available during Quentin’s trial; SB1830 wasn’t passed until 2018.

Facts of the case. 1.) Quentin Bailey and Tyree Neal were never locked up together and Illinois Department of Correction records will show the jailhouse informant’s testimony was false. Quentin’s lawyer put on record that Quentin and Neal were never locked up together…however the state still used the jail informant’s testimony. 2.) There is no DNA fingerprint evidence connecting Quentin to the crime the clothes Quentin was wearing that night tested negative for gun residue. 3.) The state’s key witness Bowen was given a deal and was told he would not be charged in this case if he testified against Quentin. 4). Garrison, the other witness admitted on the stand that he lied about the info he gave previously and he said the info came from Bowen and the police; he did so out of fear of his life.

5.) Both witnesses admit to getting rid of evidence… one even admitted going to the lake to throw away “something”…the police admitted they never did any follow up because they believed Bowen and Garrison (Bowen and Garrison’s stories have changed multiple times) a detective admitted on the stand that in hindsight, maybe they should have look into both men getting rid of evidence. 6.) The murder weàpon never found.

To reiterate Quentin and Neal were never locked up together. IDOC records will prove they were never in prison together which will prove his innocence and debunks the state’s theory which the case was base on a MURDER FOR HIRE  plot This proves the jail house informant’s (Jones) whole testimony was false and the state knowingly used fasle testimony to convict Quentin.

Quentin Bailey is another young black man who was railroad by a failed system that will do anything for a conviction… even at the cost of a human life. Quentin is currently locked up in Menard Maximum Correctional Facility where he spends his days reading and working on his case.

You can help by signing this petition AND/OR contact Illinois Governor JB Pritzker,  sharing story Quentin’s story, donating money for legal support or send an email, letter, card or most importantly put a prayer in the air for him.

To contact him by email him or by  regular mail: