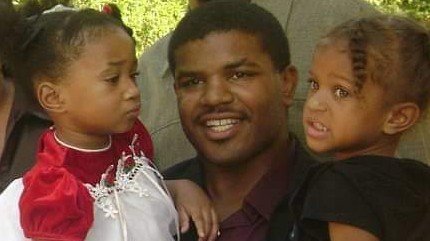 Nine years ago, Leonard Coleman received a life sentence in Mobile, Alabama for a crime another man committed. Together, I believe we are ready to start asking the hard questions and put our Judges and District Attorneys on trial. How does a hardworking, family-oriented, single father, with no prior convictions, end up being found guilty for a crime with which he had no involvement?

Leonard was such a non-threat to society that, prior to being wrongfully convicted, he was issued a TWIC card by the TSA, which requires passing a national background check. Mobile County’s inadequate initial investigation process failed Leonard Coleman, mostly because bias existed from the beginning. One of the detectives who interrogated Leonard used to date the victim. Perhaps, because of this, Leonard was the only suspect ever pursued and a false case was purposefully built solely around him, although there were no fingerprint, nor ballistics matches to warrant being held for the crime. The Court’s own response to Leonard’s appeal highlights this atrocity by saying, “McSpadden testified that he tested all of the Petitioner’s firearms and he was unable to identify any of them as the weapon that killed the victim.”

The truth is that no one witnessed the event, other than a vulnerable and innocent 4-year-old child, who suffered a speech and developmental disability called echolalia. The condition had been diagnosed by a speech pathologist – a graduate of the University of Alabama. Trial transcripts of her testimony have her on record saying that the child demonstrated red flags for autism. Because he would often parrot what others said, authorities coached him into giving a false statement against Leonard. Testimonies from his family at trial revealed that he could not yet dial phone numbers by himself, but that it sounded like someone took the phone from him and hung it up during the crime window. The Mobile County District Attorney, Ashley Rich, likely knew the child’s statements were unreliable, as she covered herself by presenting a motion to declare the witness unavailable. The trial transcript reads, according to DA Ashley Rich, “we attempted to solicit testimony from him at the grand jury but were unable to lay the proper predicate as to whether or not he understood the difference between right and wrong due to his young tender years.”

Even more alarming is that, towards the end of Leonard’s trial, the presiding Judge stated, “I was trying to be a good judge so there wouldn’t be errors on appeal and I know several other things just like that and I’m going to zip up my lip.” Presently, in October of 2020, Leonard’s uncle came across two gentlemen in a barber shop, I believe by divine intervention. These men, close friends of the true offender, were saddened to learn that Leonard was incarcerated, because they both knew who actually committed the crime in question. On October 26, 2020, they put their official testimonies on file, with a licensed investigator, stating in detail how, shortly before taking his own life, the perpetrator confessed to them how he was able to execute the crime. A few months later, a third witness came forward to corroborate their stores – recalling how she heard the perpetrator threaten the victim, “B****, I am going to make sure you die too.” This evidence was filed with the Mobile County Circuit Court, under District Attorney Ashley Rich, on April 20, 2021. Yet, regrettably, the Assistant DA filed a motion on 8/10/2021 to have my husband’s evidence dismissed as hearsay.

The dark side of our system is that Leonard, an African American man, was found guilty in a Southern State, by a White Judge, White District Attorney, and an all-White (11/12) jury. If we think about it, he never stood a chance. Not to mention, Leonard’s case is not the only wrongful conviction specifically associated with Mobile, Alabama. Internet research shows that Bryan Douglas Cannon, Raymond Shane Greene, Dennis Morgan Hicks, Scott Jones, and Rodney Stanberry are also claiming false convictions by the Mobile County Circuit Court, or District Attorney Ashley Rich.

My 16-year-old son recently reflected that we all have only one life to live and expressed his feelings about the unfairness of my husband losing so many years of his life. It’s time we unite to give Leonard his chance at freedom and at being reunited with his wife, children and family. It also goes without saying that the victim’s family members, especially her son, deserve to live the rest of their lives knowing the truth. They have suffered more than their share of loss, as well.

We are grateful for every signature and ask that you stand in solidarity with us by sharing this petition with as many people as you can. Continue on the journey with us by following us @freeleonardcoleman on Instagram. Additionally, if my husband’s story has touched your heart, please consider reaching out to the Governor of Alabama at https://contact.governor.alabama.gov/contact.aspx and the Mobile County DA’s Office in regards to this clear human rights violation.