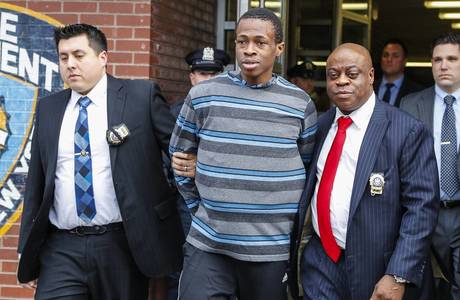 We demand that Melinda Katz immediately refer Chanel Lewis’ case to the Conviction Integrity Unit for investigation to reopen his case and release him on bail. Under the guidelines of the CIU, investigations may be opened where there is “a credible claim of actual innocence or other wrongful conviction.” In the case of Chanel Lewis’ murder conviction in the death of Katrina Vetrano, multiple factors meet that criteria, including:

– A history of prosecutorial misconduct on the part of prosecutor Brad Leventhal.
– Concerns over the use of racial profiling in Lewis’ initial arrest.
– Mid-trial disclosure of significant scientific evidence, constituting a 240.20 violation.
– Credible claims by the defense that the confessions the prosecution relied upon in court were coerced by police.

DA Katz promised during her campaign to tackle prosecutorial misconduct, of which her office has a long and well-documented history. Katz has previously indicated that her office would “look at” the case and “see how the conviction integrity unit feels about it”. Meanwhile, Chanel Lewis, an intellectually disabled young man, has been repeatedly placed in solitary confinement despite clear evidence that this violates the Americans with Disabilities Act. Lewis has also been the victim of sexual assault while in prison and his family, who are immigrants with limited means, have repeatedly been denied access to Lewis and information on his well-being.

While Melinda Katz’s office takes the time to determine how they “feel” about evaluating whether they may have convicted the wrong person and violated Chanel Lewis’ legal rights, Lewis is suffering.

Background on Misconduct:
Under former Queens DA Richard Brown and Homicide Bureau Brad Leventhal’s watch, a local judge has denied three motions that have brought new evidence of racial profiling and prosecutorial misconduct to the case of Chanel Lewis – a Black, disabled man from Howard Beach who was convicted of murder on April 1st and has received a sentence of life without parole. Chanel, a graduate from the Martin De Porres School for developmentally delayed children, was handed a guilty verdict after just five hours of jury deliberation in his second trial, the first having been declared a mistrial with a hung jury. One of the jurors from his second trial has already come forward anonymously to say he is concerned they may have convicted the wrong man, claiming that they were never given access to Chanel’s taped confessions, and that when the jury alerted Judge Michael Aloise that they were deadlocked, he pressured them to come to a verdict that night, anyway.
Chanel’s conviction comes on the heels of an anonymous tip that has revealed the existence of a previously unreported NYPD database of DNA swabs of over 350 Black men from the neighborhood. Many of these men, like Chanel, had no prior contact with the criminal justice system and were questioned and swabbed despite the fact that the NYPD’s investigation named two “‘jacked up’ white men” as its initial suspects. Months after Vetrano’s murder, Chanel became a suspect after being profiled by an officer in the neighborhood who followed him for ‘looking suspicious.’ In both trials, Chanel’s defense has pointed to the ways that the collection and transportation of DNA samples from the crime scene were mishandled by the NYPD. And they say that during both trials, they were not alerted to the existence of the DNA database by the prosecution at all, a clear Brady violation.
To anyone who followed the Central Park Five case in Chanel’s very own city three decades ago, this will sound painfully familiar. There is a long history of faulty, inconsistent DNA testing and coerced confessions being used to secure the false convictions of Black people in this country. As a Black man and a disabled person who was not granted access to the support or advocacy that was his constitutional right, Chanel Lewis’ case sets a precedent for continued profiling within a racially biased and unbalanced judiciary system.
Brad Leventhal has recently resigned after Queens Judge Joseph Zayas admonished him for hiding police reports and other evidence while seeking the death penalty for the 1996 killing of a police officer and business owner. Zayas reversed the convictions in three cases tried by Leventhal and blasted him and his colleagues for the “egregious” misconduct uncovered by defense attorneys and the Queens DA’s new Conviction Integrity Unit.
Leventhal has tried more than 80 cases in his career. The DA’s office does not plan on reviewing these cases. This is ignoring the balanced integrity of justice in New York State.
This is not right. Despite the prosecution’s mishandling of this case and despite the fact that Judge Aloise was given credible evidence that pointed to the possible existence of another suspect, both he and the Queens DA’s office have insisted that they have found Karina Vetrano’s killer. Those of us who have watched countless Black people criminalized and convicted on insufficient or shaky evidence say that this is not enough.